There’s still a buzz in the air from the Detroit Urban Research Center’s 20th Anniversary Symposium “Advancing Partnerships, Research, and Equity in Detroit.” The daylong event was held in Detroit on January 21, 2016 to celebrate 20 years of success in fostering health equity in the Motor City through community-based participatory research (CBPR), a collaborative approach that focuses on putting research into action to benefit the health and wellbeing of Detroit residents.

More than 200 people attended the Symposium, which highlighted the accomplishments of multiple community-academic CBPR partnerships affiliated with the Detroit URC, such as: Community Action Against Asthma, the Healthy Environments Partnership (HEP), Racial and Ethnic Approaches to Community Health (REACH) Detroit, and several others (which are highlighted on the Detroit URC website). The event also featured and honored Dr. David Satcher, Founding Director of the Satcher Health Leadership Institute at the Morehouse School of Medicine, 16th Surgeon General of the United States, and former Director of the Centers for Disease Control, who was pivotal in the development and establishment of the Detroit URC in 1995 as part of a national program to address public health priorities in socio-economically stressed urban communities. 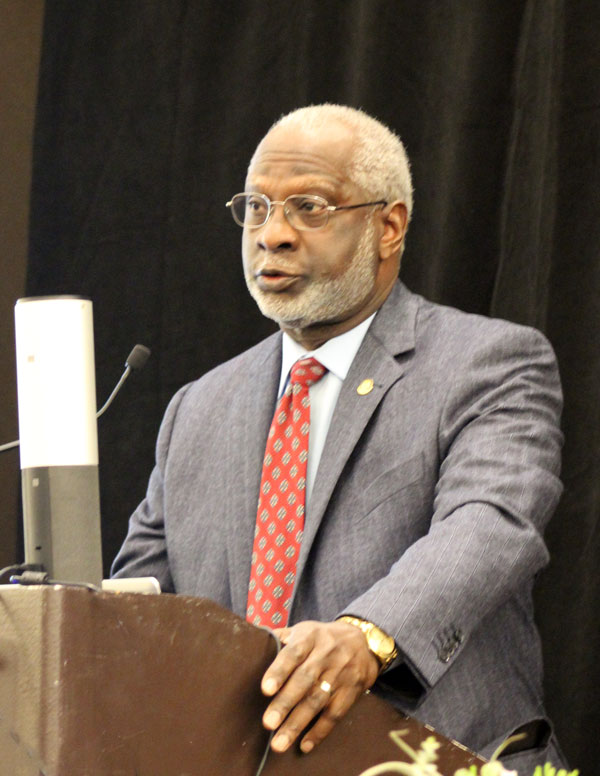 “It’s really great to see an effort blossom the way the Detroit Urban Research Center has blossomed here in Detroit, and how you’ve influenced so many others,” said Dr. Satcher, who was named a ‘Health Equity Champion’ through a formal proclamation presented by the City of Detroit’s Deputy Mayor Isaiah McKinnon at the Symposium.

With a Board consisting of University of Michigan (U-M) researchers from the Schools of Public Health (SPH), Nursing, and Social Work, and multiple Detroit community-based organizations and health and human service agencies, the Detroit URC serves as the “umbrella” entity for helping to stimulate effective, new CBPR partnerships in Detroit—and, more recently (through its CBPR Partnership Academy), across the country.

“The Detroit URC 20th Anniversary Symposium was a unique and valuable opportunity to share the work and commemorate the positive impact of our affiliated partnerships and projects,” said U-M SPH Professor and Detroit URC Director Barbara Israel, widely recognized as one of the pioneers of the CBPR approach. “And, as importantly, it allowed us to honor all the wonderful relationships that have been forged and maintained between Detroiters and U-M researchers all these years.”

One CBPR effort that was showcased among many at the Symposium was the HEP “Walk Your Heart to Health” program, which—through organized walking groups in Detroit—has helped participants to make measurable and transformational changes in their health, including reductions in high blood pressure and blood glucose levels. Another project that was presented was the Detroit Health Impact Assessment, which identified potential health impacts of redevelopment plans - both positive and negative, and recommended policies and strategies to protect health in Detroit's most challenged neighborhoods.

“The Symposium represented a nice mixture of past, present, and future work,” said one participant about the multi-faceted event. “The like-mindedness of participants was palpable in the room.”

Founding Detroit URC Board member Zachary Rowe, Executive Director of Friends of Parkside in Eastside Detroit, called the event a “game changer” in boosting visibility and recognition of all the meaningful work the partnerships have been doing in Detroit over the past two decades. Another founding Detroit URC Board member, Angela Reyes, Executive Director of the Detroit Hispanic Development Corporation in Southwest Detroit, commented about the equitable, win-win nature of the community-academic partnerships. 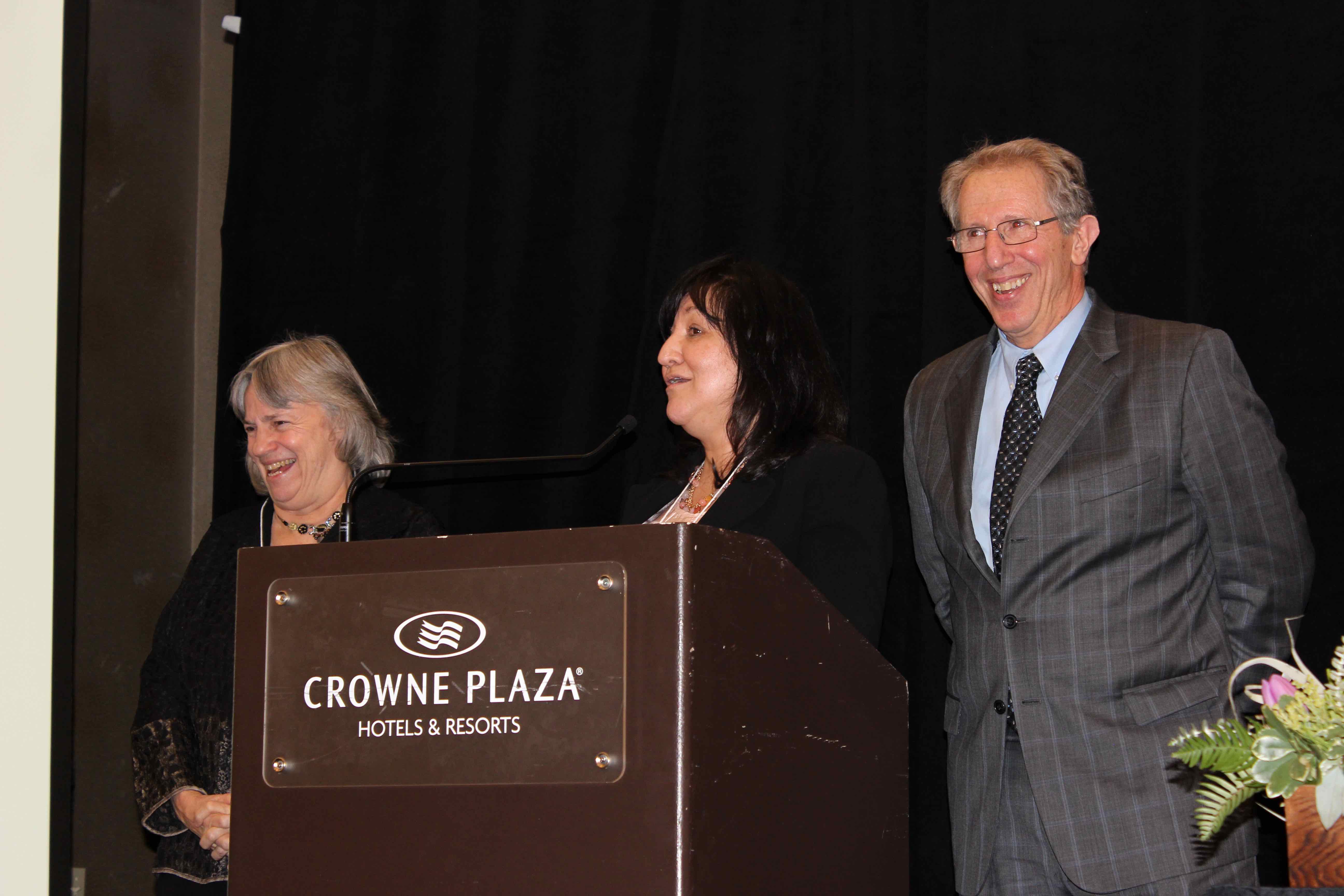 “With CBPR, community organizations and researchers are equal partners in designing, implementing, managing, evaluating, and disseminating research studies,” she said. “Plus, any and all projects are developed to improve the health and quality of life of the community involved. It’s truly a win-win approach—and the essence of what we all came together to celebrate.”

In his keynote address (which was watched via a live web stream by more than 150 individuals during the event), Dr. Satcher reflected on the nation’s REACH program, which takes a community-driven approach to help reduce the risk of diabetes and related conditions among minority populations. REACH Detroit, an affiliated partnership of the Detroit URC, was established in 2000, during Dr. Satcher’s tenure with the CDC.

“I know some of the greatest work in the area of reducing inequities in health has come out of these (REACH) communities,” Dr. Satcher said. “But the model, I think without question, has been the one with the Detroit URC.”

Dr. Satcher continued: “Rev. Martin Luther King, Jr. often said that life’s most persistent and urgent question is: ‘what are you doing for others?’ I admire how you all are still asking and answering that question here in Detroit.”

To learn more about what transpired at the Detroit URC’s 20th Anniversary Symposium, and to access Dr. Satcher’s keynote presentation, visit DetroitURC.org/symposium. 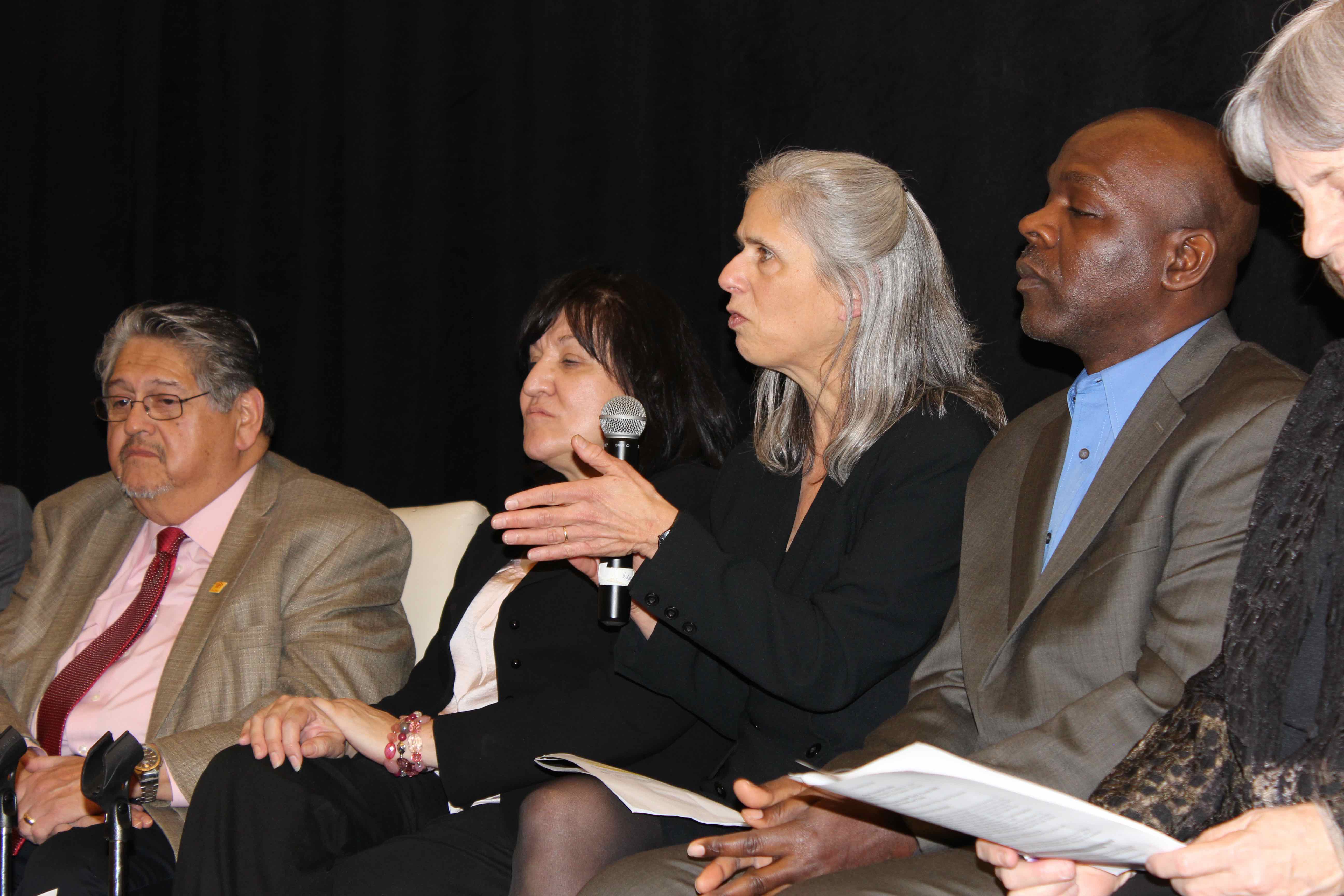